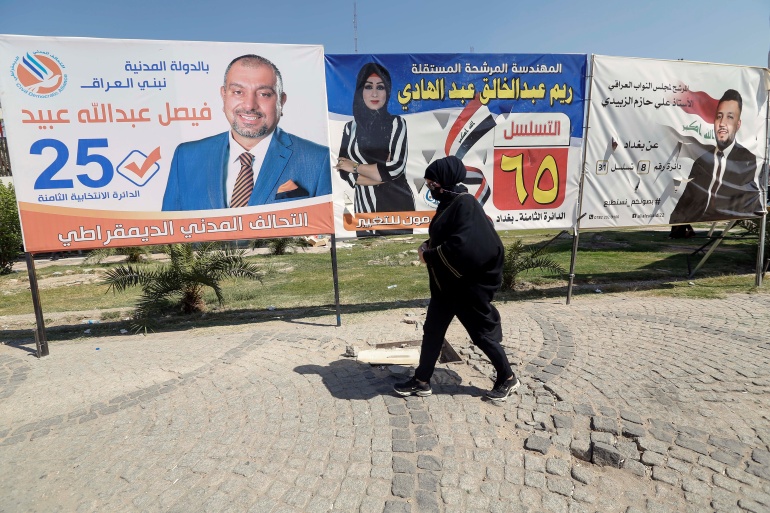 Voters in Iraq will head to the polls on Sunday, October 10, 2021 in the country’s first elections since a wave of anti-government protests during the last two years forced the resignation of Adil Abdul-Mahdi in May 2020. The protests constituted the largest and most visible acts of mass civil unrest in Iraq since 2003. Protests have continued into this year, and Iraq is still facing a laundry list of social, economic, and political issues. Geopolitical analysts have pointed to rising anti-American and anti-Iranian sentiment, Iraqi nationalism, high unemployment, corruption, terrorism, low wages, and a severe lack of public services as potential catalysts for continued and future protests in the already-sectarian Iraq.

Potentially the biggest issue on the minds of Iraqi voters is Iranian influence in the country. Only 15% of Iraqis approve of Iranian influence in their country, which is a sharp decrease from the 70% approval rate polled in 2017. Iran, whose memory of Qasem Soleimani’s assassination has not faded, has voiced frustration with Iraqi leaders, who are hesitant to remove American troops because of the perceived security risk. Iran demands one of two things from Iraq: remove American troops, or strip them of immunity from local laws. Neither demand has been satisfied. Iran, however, seeks to expand their influence in Iraq through domestic politics. Iranian-backed Shiite militias, many of whom fought in the war against ISIL, such as Kata’ib Hezbollah (allies of Lebanese Hezbollah), Asa’ib Ahl al-Haq, and the Badr Organization are looking to increase their seat count in the unicameral Council of Representatives. Only time will tell if they will succeed.

Iran will not be the only nation state whose influence Iraqi voters will be mindful of on Sunday. While US influence in the country has declined since 2011, the shadow of the 2003 invasion still lingers. After the assassination of Qasem Soleimani, the Iraqi Council of Representatives votes to remove all foreign troops from Iraqi soil. While this removal has still not materialized (with around 2,500 American troops remaining in Iraq), Iraqi public sentiment is still sharply anti-American. Hundreds of billions of dollars have been poured into Iraq in the last two decades, and still a competent state has yet to rise from the ashes of Saddam’s regime.

Iraqis are also frustrated with the incompetence of their leaders. Saddam-era sanctions left Iraq with crumbling hospitals, roads, energy grids, and communication systems. Billions of dollars allocated to infrastructure have been divested to other projects or the pockets of Iraqi politicians. Naturally, the quality of Iraqi infrastructure is spotty at best. Rural areas and the urban poor have little access to clean water, with only 32% of Iraqis having consistent water supply. Blackouts are frequent, with many residences and businesses in Baghdad relying on two to three hours of electricity per day. Many hospitals that were bombed and destroyed during the Gulf War have still not been rebuilt, and the doctors and engineers required to run them have long fled the country. Many Iraqis see the situation as dire.

Despite fierce political debate and challenges at home, some in Iraq are still hopeful that reform is possible. An election law passed in 2020, one of the key demands of protesters in recent years, provided sweeping reforms aimed at making elections more equitable. All 18 Iraqi provinces have been divided into several geographic districts from which Iraqis will elect candidates directly into government, instead of from party lists. One quarter of the seats in the Council of Representatives have been reserved for women, and nine for religious minorities. Barham Saleh, president of Iraq, has acknowledged that the law is not “perfect”, but believes that the law will lead to future reforms, and more importantly, increased confidence in the electoral system.

Both Iran, the United States, and all 40,000,000 Iraqis will be keeping an eye on the results as they come in—we can only hope Iraq enters a new age of prosperity and peace.