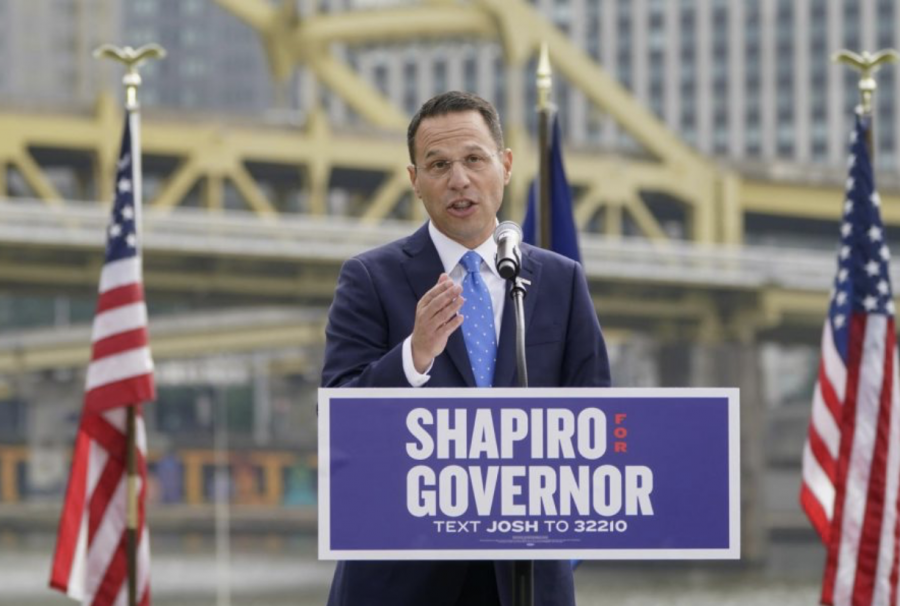 Shapiro giving a speech in Pittsburgh

On October 13th, Pennsylvania Attorney General Josh Shapiro declared his candidacy for governor. Shapiro will be attempting to replace Tom Wolf, whose term-limited time in Harrisburg will come to an end after the 2022 elections. No political party has held the governorship for three consecutive terms since 1950, but Shapiro has already secured his predecessor’s endorsement and looks to capitalize on his continued success at the state level. Most notably, Shapiro won the attorney generalship in 2016 as a Democrat despite Hillary Clinton’s loss to eventual President Donald Trump.

The Republican side of the governor’s race is much more crowded, but leading the field is former Representative Lou Barletta of the 11th district of Pennsylvania. Barletta was the mayor of 25,000-person Hazleton, Pennsylvania, from 2000 to 2010 before being elected to the 11th. Following came a failed Senate bid in 2016, reportedly launched at the behest of President Trump. Barletta is most famous for a 2007 anti-immigration ordinance in Hazleton which made national headlines for its intensity and drew the attention of the ACLU, who would successfully strike it down in federal court.

Josh Shapiro’s foray into politics began when he successfully ran for the 153rd district of the Pennsylvania House of Representatives in 2004, winning again in 2006, 2008, and 2010. His bid for attorney general in 2016 was aided by endorsements from Barack Obama and Hillary Clinton, and Michael Bloomberg was among the largest donors to his campaign. After defeating Allegheny County DA Stephen Zappala in the primaries, Shapiro managed to win 51.3% of the vote against Republican state senator John Rafferty Jr. despite Shapiro never serving as a prosecutor.

As Attorney General, Shapiro challenged policies of the Trump administration upwards of 40 times. Shapiro’s office released the grand jury report on the Catholic Church, which found that over 300 priests had sexually abused more than 1,000 children; this report spawned similar investigations in several other states. Shapiro blocked a rule which would make it easier for employers to deny access to contraceptives, reached an agreement with federal officials to prevent the distribution of 3D-printed firearms, and came out for the legalization of marijuana.

Many had anticipated Josh Shapiro’s run for governor, and the Democratic primary had remained all but vacant as a result. Shapiro is running on a platform of protecting reproductive rights, voting rights, and raising the minimum wage to $15 an hour. In addition to his endorsement from Governor Wolf, Josh Shapiro has received support from former Governor Ed Rendell and Senator Bob Casey.

Some Democrats worry the political makeup of state government might play an unusually and possibly unconstitutionally capable role in the 2024 presidential elections, and a like-minded leader in Harrisburg would become all the more important to them in such a situation.