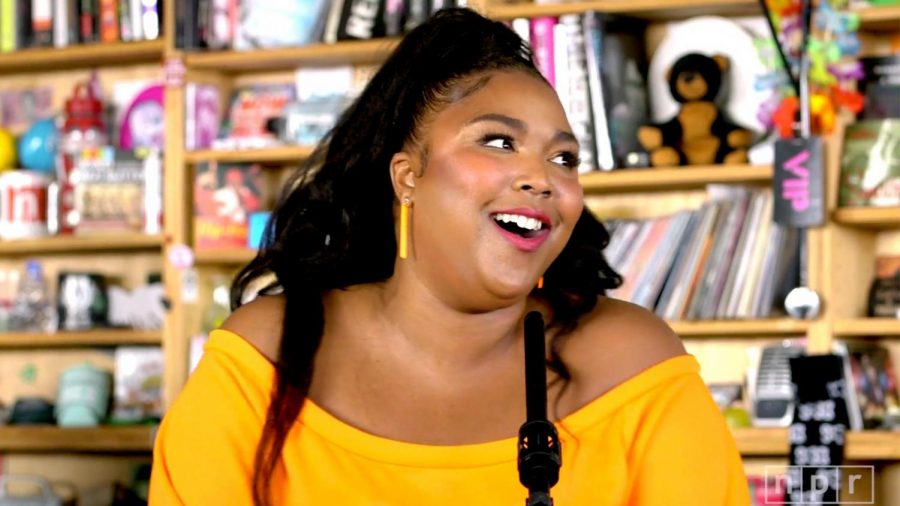 In 2008, All Songs Considered, an NPR show, started hosting musicians to play in the intimate ambience of an NPR office space. As of June 2021, NPR has had more than 900 concerts. Watching musicians play in an office space is unconventional, yet appealing and fascinating.

With winter break coming up, you may find yourself having a hard time figuring out what to do with all the newfound free time. When that happens, below is a list of 10 NPR Tiny Desk Concerts that you should check out.

Brittany Howard has a way of making the audience feel her music. From Howard’s breathtaking vocals and quintessential backing band, her music is consuming. Brittany Howard’s 2019 Tiny Desk Concert following the release of Howard’s album Jaime, is flawless.

The Comet Is Coming

London based jazz-electronica band, The Comet Is Coming, soared on their 2019 Tiny Desk Concert. The group’s complex saxophone pieces and empowering electronic sounds take jazz into the modern age. After the release of Trust in the Lifeforce of the Deep Mystery, The Comet Is Coming’s Tiny Desk appearance feels like getting taken over by music aliens from another planet.

Dan Deacon opened his 2015 NPR Tiny Desk Concert following his album Gliss Riffer with what could be called an act of mindfulness. Deacon’s concert started with a self-playing upright piano that led into his one man electronic feat of music. After a powerful start with music that redefines contemporary instrumentation, Deacon called for the NPR employees to start a dance circle. If you feel like dancing your consciousness away this is the Tiny Desk Concert for you.

IDLES quite simply doesn’t care what you think of them. Their 2019 Tiny Desk Concert is full of wildly imaginative stage presence and high energy. Frontman Joe Talbot’s scratchy voice and unique dancing paired with the raw punk sound of the band makes for a Tiny Desk Concert that will keep you entertained all the way through.

Khruangbin’s Tiny Desk Concert was recorded in 2018 after the release of their album Con Todo el Mundo and can be described as perfectly synchronized. With only three members playing, their music is incredibly rich in sound. From the drummer’s exceptional timing abilities and the conversations between the guitar and bass, Khurangbin’s Tiny Desk Concert flows and captures the listener in that flow.

The Roots shook the Tiny Desk with their seven person brass band. Their performance started with a catchy sousaphone hook that the rest of the band eventually played off of. Bilal’s smooth vocals swung around the rolling brass sounds and Black Thought’s rapping moved flawlessly with the band. Everyone put everything they had into this performance giving it a profound emotional effect on the listener.

Yo-Yo Ma’s 2018 Tiny Desk Concert was opened with the glory of Bach’s Prelude (from Suite No.1 for Cello Solo). Ma then went on to discuss the significance of music in his life, making everything he played much more meaningful. Yo-Yo Ma’s Tiny Desk Concert takes exemplary instrumentation and powerful storytelling to create a riveting performance that takes music apart and puts it back together even better than before. Genius.