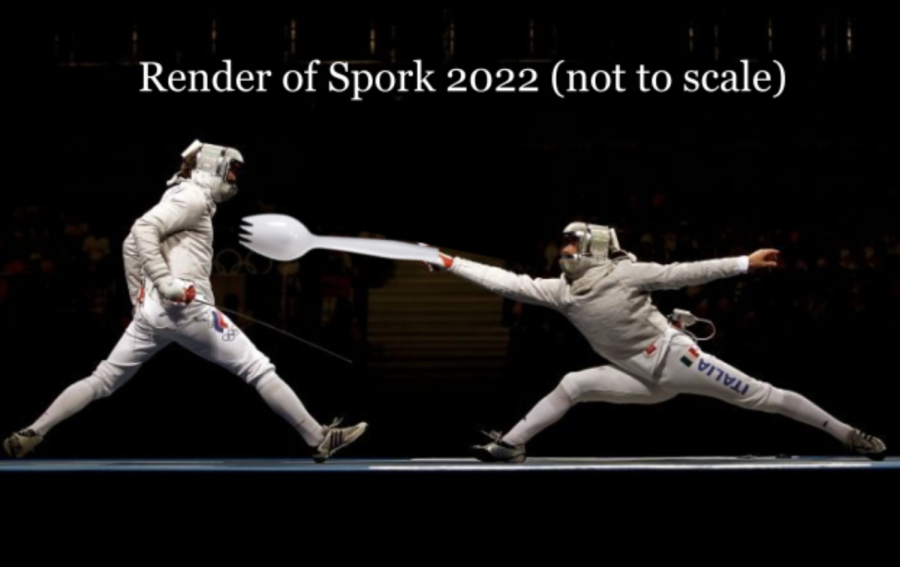 On Wednesday, Student Council announced the return of Spork through a classwide email. The fundraiser had been shelved through the early stages of covid-19, but a thumbs-up from the pandemic team allows Spork to return for the first time since late 2019. The game, which involves students eliminating their targets by tagging with a spork while their target does not have theirs, can take weeks as the pool of players is curtailed tag by tag. Spork is a beloved tradition of the high school, and its return is welcome news to many.

The game of Spork, named after the unique piece of silverware wielded by participants, is not specific to Winchester. Still, its presence was a staple of student life at thy pillared portals for a number of years before the pandemic. When sporks are first distributed, each player receives a spork inscribed with the name of another participant, commonly referred to as the “target.” The student then tries to tag their target without the target’s spork, at which point the tagged player is eliminated and the aforementioned student takes on the target of their initial target.

Council has decided that this primary phase of spork will be played for four weeks of spring break, before the target system is discarded and all active members attempt to eliminate each other. Two weeks later, the remaining participants must have two hands on their spork; two weeks after through the end of the game, players must hold the spork with both hands and hold the spork over their head.

Other rules have been put in place for Spork. Players cannot be eliminated during class, at a school performance, or at a practice or rehearsal. Targets are vulnerable at sporting events, during breaks, when they leave class to use the bathroom, and, as council puts it, “after practice, once they have all their stuff together.” Council has made a distinction between school performances and school sporting events. They also lay out in their classwide email that only council-issued sporks can be used, that sporks must have at least one prong, that target must not be injured during the tagging process, and that all applicable laws must be followed.

Council announced certain changes to Spork because of the ongoing Covid-19 pandemic. When targets are eliminated, the tagger will not receive the other spork. Additionally, players may not keep their spork in their mouth. In years past, keeping ones spork in ones mouth was the obvious choice to those who needed to use both of their hands. This change, likely put in place because of the masking rules at Winchester, will make spork much more difficult for participants.

Felix Bhattacharya ‘21, a Winchester alum and former Spork participant, says, “banning using your mouth changes the game a lot. It’ll be a lot harder but definitely still worth playing.”

The organization of Spork comes during concern that a lack of classwide activity has hurt inter-grade familiarity. Only two of the current four grades have experienced a non-pandemic Winchester high school, and a number of upperclassmen have stated that the school suffers from a lack of interaction between the four grades as a result of these restrictions. A staple of pre-covid Winchester was the regular morning assemblies, which were attended by all four grades. During assemblies, people could stand in front of the student body and announce events and initiatives from the school’s student unions and organizations. There were also classcapades throughout the year, competitions which saw the four grades send their best and brightest to represent them at a variety of athletic and skill-based events. The students have had one classwide assembly this year, which did not occur under positive circumstances. There have not been any classcapades.

Students can sign up for Spork Monday on the lower level of the library or by emailing their student council representatives Monday or Tuesday stating an intent to join. Players must bring $5 to join, which will go to the American Lung Association. The Sporks will be distributed on March 7, and for the first time since 2019, Winchester will soon crown a Spork winner.