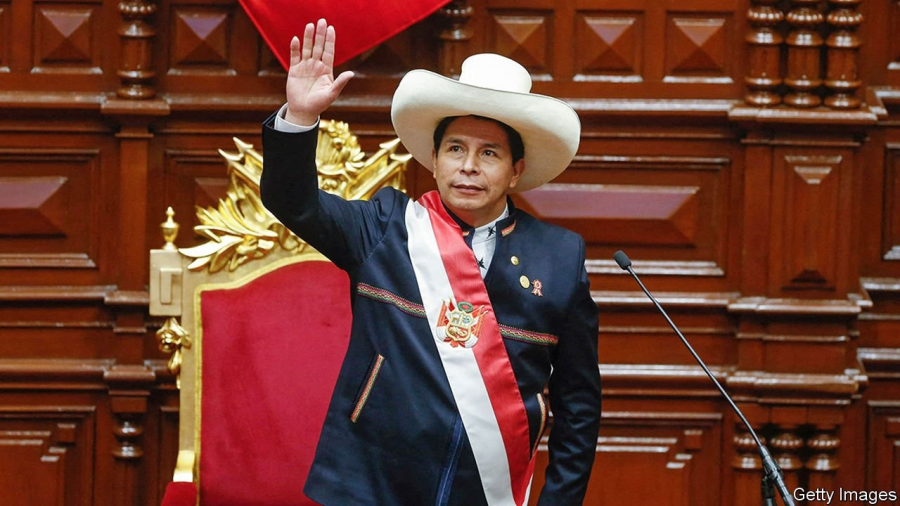 For the past two weeks, Peru has been embroiled in a series of violent political protests and crackdowns throughout the country. Peru has become increasingly familiar with protests in recent years – it is five years deep into a political crisis which has seen five presidents, impeachments, a coup d’état, and the pardoning of a war criminal.

These protests are different, though – they are not as politically motivated. While it would be disingenuous (and incorrect) to say that these protests are wholly dissimilar from previous protests, the motivation behind them is much more tied to the economy. When Russia invaded Ukraine, life in Peru instantly became more expensive. Inflation reached a 25 year high in March, and the hardest hit sectors (food, housing) impact every Peruvian.

Of course, the exponential increase in food and housing prices has sparked protests – protests which Pedro Castillo, the newly-inaugurated president of Peru, is uniquely unequipped to handle. He won the elections of 2021 by a razor-thin margin, and his mandate has been repeatedly questioned by both the parliament of Peru and the Peruvian public. Castillo is largely criticized by nearly everyone not belonging to his party in Peru for his lack of political experience and nebulous political views (he is generally categorized as a socialist with conservative social views). Many in the Peruvian parliament, especially those in far right parties, have openly called for a coup d’état – calls which have not gone entirely ignored. Since taking office, he has already faced two impeachment attempts, and his approval rate is sitting in the high twenties.

It’s not that Castillo has done nothing to quell the protests, but rather that he has done all the wrong things. His government immediately resorted to violence, which has resulted in at least six deaths since the outset of the protests. Last week, he announced a curfew in the capital of Peru, which immediately sparked an increased level of protests. There have been minor concessions, such as raising the minimum wage by around 25 soles, but any government support Castillo could even think about supplying is constrained by Peru’s mounting debt and shaky economy.

The unfortunate reality for Castillo is that there is not much he can realistically do. He can’t magically lower the price of oil or food or housing without dragging Peru even further into debt. His core base has abandoned him for the opposition – the very same opposition that is openly planning his removal. Will Castillo follow his predecessors and be out of the presidency within the year, or will his administration overcome the pressures of the current economic crisis and an angry public?