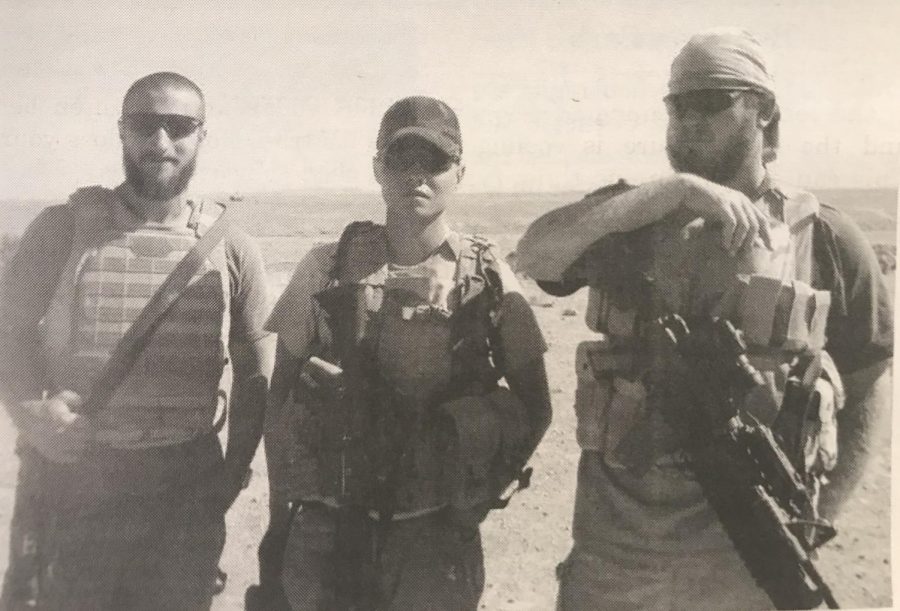 Above: Chris (on the far right) and part of his intelligence team in Afghanistan.

Chris Dacy, friend of senior Matt Jacob, is currently stationed in Afghanistan fighting the War on Terror. Here is a first-hand account of his experiences there.

The Taliban reigned for years before they decided to fly airplanes into our buildings.”

When most people think of the Army, they think of clean-cut kids with camouflage running around shooting bad guys head-to-head. That’s the exact opposite of what I do. I’ve been in the Army for about four-and-a-half years now working as an Intelligence Officer. I lead a four-man team—two intelligence officers, one infantry soldier, and a US citizen interpreter who makes more money than the other three combined. Together we go around Afghanistan and talk to local people and find out what’s happening in their area—whether they are Taliban members, corrupt officials, Taliban supporters, etc. I dress in regular civilian clothes (some days American clothes, others Afghani clothes), and I have a long beard and long hair. You would never pick me out as an Army member by any of my looks.

During my 8 months in Afghanistan I’ve had the pleasure to meet some great people who could inspire anybody. The strife these people have had in their lives is incredible. The last 30 years of their lives have been at war. Between the British taking over, the Russians driving out the Brits, and the Mujahadin rebels fighting off the Russian occupation, it has been utter chaos. The Mujahadin finally took over, but they had so many inner problems that it left the government wide open for the Taliban to take over. The Taliban reigned for years before they decided to fly airplanes into our buildings, then we came stomping in. I’ve never been able to point a weapon at a man without him flinching or to shoot in the vicinity of a man without having him look. Many are ready to pick up arms along their “American brothers” and fight off the Taliban regime. Others feel that as soon as we leave, the Taliban will take over again, giving no point to fighting alongside the Americans. I can understand both sides. My job has me talk to those who won’t fight and get them to talk. It’s often not an easy, fun, or safe job, but it can be rewarding.

For those interested in the Army, my actual Military Occupational Specialty is 97B, Counterintelligence Agent. However, not everybody has the same experiences as me. This MOS has a wide array of responsibilities, the main one being investigation. My deployment under the MOS has me as the team leader of the aforementioned THT (Tactical Human-intelligence Team). I think you’ll find the greatest complaint of any soldier deployed in Afghanistan is not being here, it’s the feeling of being forgotten. It reminds me of the quote from the movie The Recruit, “Our failures are known, our successes are not.” I speak for many when I say it is nice to find some who have an interest in what I/we do and how we are.

There are several soldiers who would like penpals. Anyone interested can write me directly, and tell me in the letter if it is for me specifically, or just for anyone. I’ll hand them out to those who want someone to write. Just put it in a regular envelope with a regular stamp, it will get there.