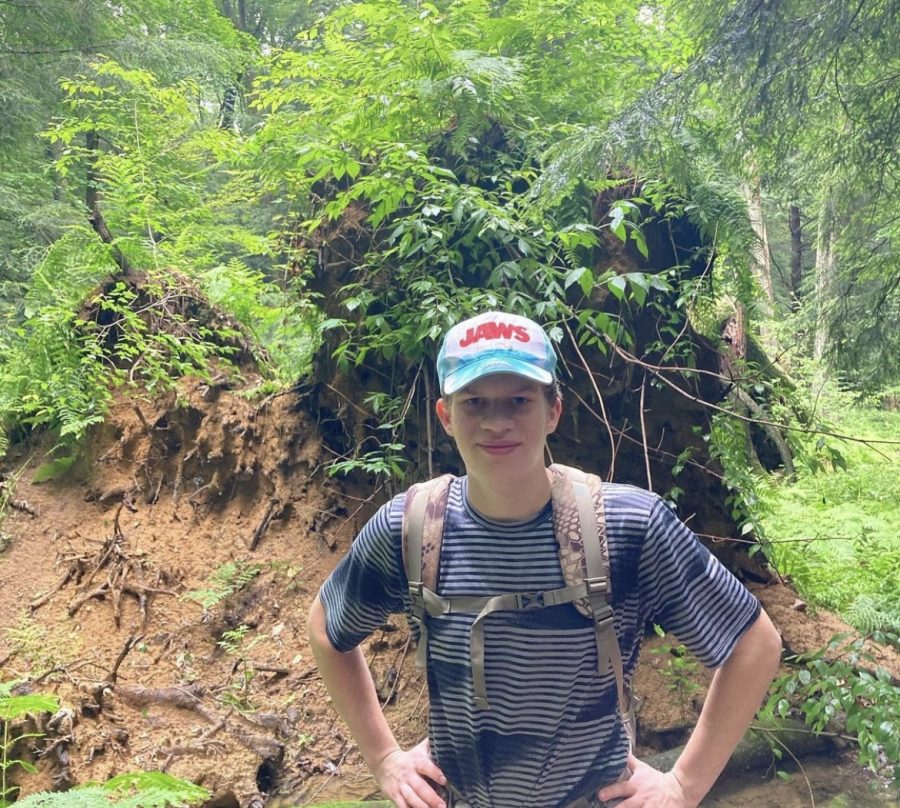 An Interview with Frankie Mizikowski (Star of the One Acts)

**Special shoutout to the entire cast and crew of the amazing One Acts. It was heartwarming to see you pour your all into the show, and your efforts produced a truly wonderful viewing experience. Another shoutout to Mrs. Holmes for not only orchestrating a spectacular show, but also for helping to provide an appreciated relief from the madness of the world around us. Congratulations to all of you!

When I decided I wanted to go to the One Acts, I did not know that I would walk away with a new favorite actor. My first in-person WT show in over 2 years and the entire cast wowed me and the entire audience. But one character, one actor, truly stole my heart and the show. His name is Frankie Mizikowski, and he is only just getting started in the acting world.

I walked away from that night and I knew one thing for certain: I needed to sit down with Frankie. I reached out to his people and he managed to squeeze me into his busy schedule.  He came to our meeting with a positive disposition, greeting me with a cheery “Hello!” He sat himself down and we just decided to dive right into the hard hitting questions:

[Mrs. Holmes] was completely essential, not just as the head of the theatre department, but also as an encouraging force. In fact, the entire cast got me through this process. A great crew we’ve got, and they really helped me get into the script and feel comfortable.”

Why did you decide to do the One Acts?

His response was heartwarming: “Well I had a little acting experience prior to doing the One Acts. My mom signed me up for a local acting troupe when I was about 8 and I just loved what they were doing.” At this point he quickly stopped the interview just to make sure that I knew he was a huge “momma’s boy” (Frankie’s words, not mine) and attributed her with his acting success. He continued: “I didn’t fall in love with the script we were working on and I decided to quit. But that left me feeling broken, incomplete if you will, and I knew I needed to continue my acting career.”

Frankie finished this question by hammering home the importance of his mom in his acting career: “My mom was the one who really wanted me to do it.” Well, thank you Frankie’s mom, because without your encouragement our school never would have gotten to see the light that is Frankie in the One Acts.

How did you feel when you read your lines? Nervous, excited, challenged, inspired?

Frankie told me he was at first uncertain of where to start with his lines: “I wasn’t really sure what to do in some parts until we got to rehearse them with Mrs. Holmes.” Frankie made sure that it was clear how much Mrs. Holmes helped him and the entire cast throughout this process. “She was completely essential, not just as the head of the theatre department, but also as an encouraging force. In fact, the entire cast got me through this process. A great crew we’ve got, and they really helped me get into the script and feel comfortable.”

Did you get to do any improv?

“Uh, yes, a little bit. The whole part about being a soldier for England was pretty much improved on the spot.” He shocked me with that statement because the comedic timing in that skit was so well done. “I didn’t even think that one was going to land well with the audience.” Well it did land, incredibly well actually, at least from what I could see.

How did the laughter make you feel?

“It was a high, definitely a high for sure. Like I said, I wasn’t sure what was going to land and what the audience would not like.” Frankie, who has demonstrated himself as a self grown comedic genius during his time in high school, seemingly found his true self during his time on the stage.

It was time for the final question. I knew that I needed to end it on a hard hitting and emotional question.

How did you do such a successful British accent?

“Well, I drank a lot of tea.” Naturally this would help give Frankie an incredibly accurate accent. He told me he drank it every morning and afternoon in preparation for his role. He continued: “I think I just had it in me.” Maybe Frankie has a long lost British relative in his family? We will have to do further investigation to find an answer to that question.

I thanked Frankie for taking the time to sit down and talk with me. What he stated in this interview only furthered my assumption that he has a bright acting career ahead of him. Don’t forget to keep your eyes on his upward career as he plans to make his acting return in the soon to be announced Winter Play.